The Sewer Flow Regulator (SFR) or as it is also known, the Wastewater Flow Regulator, is an awarding-winning, patented, British innovation that has the ability to make a sewer networks smarter. Combined with a smart IoT sensor to tackle sewer flooding. 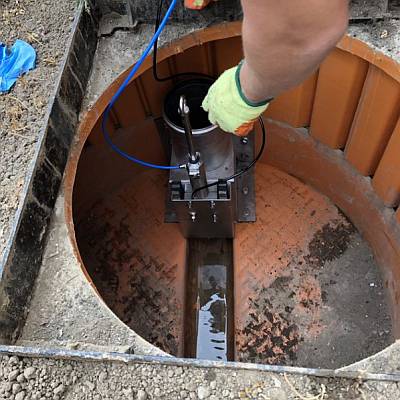 Compared to traditional penstock-type methods of flow control, the SFR offers several advantages. Fabricated off-site, each SFR is designed to be installed into an existing chamber, sitting on top of the benching and without disrupting the invert. The SFR components are also sized to fit through existing access chambers. Collectively these attributes substantially reduce disruption, civil costs, time of installation, and the carbon footprint of the deployment, plus post installation, the likelihood of blockages is minimal as the invert is unaltered.
The SFR is safe too. Operating using air-driven actuators, no electricity is required in the chamber. The design also includes a patented overflow weir to prevent surcharges that can be adjusted to set the spill point. Furthermore, once the body of the SFR is installed, the regulator element can be retracted for service from the surface in most locations without the need for confined space entry, cutting service costs. 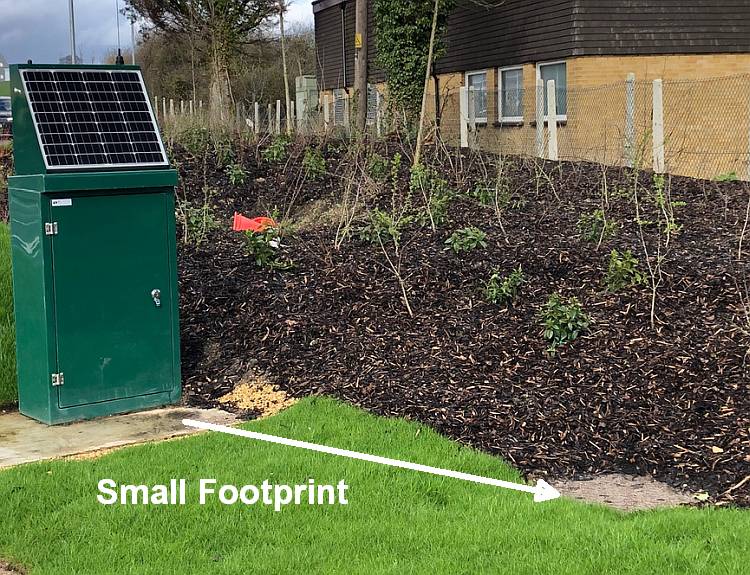 The SFR's lightweight construction makes it highly energy efficient too, enabling the SFR to be battery or solar-operated, making its whole life carbon footprint as close to net-zero as is practical. If mains power is available, the SFR includes a battery backup that permits its operation in the event of power failure 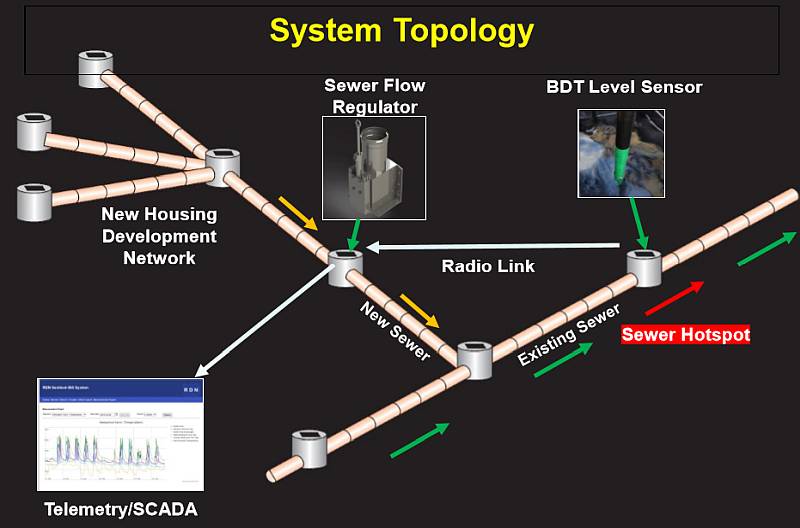 The design mission with the SFR was to create a low carbon whole-of-life alternative, that was affordable and non-disruptive, fits easily into an existing network chamber. Additionally, it had to be easy to install, so any road closures would be hours rather than days or weeks. It also had to be installable in a live-flowing sewer without having to stop or bypass the flow and had to accommodate the differences between plastics, clay, and concrete inverts.

Crucially, the SRF was designed to be lightweight, hand carryable, and able to be installed without cranes. The consequence was it acquired a low inertial mass, slashing the energy required to operate to the point where today's SFR are operable from a small solar panel and battery.